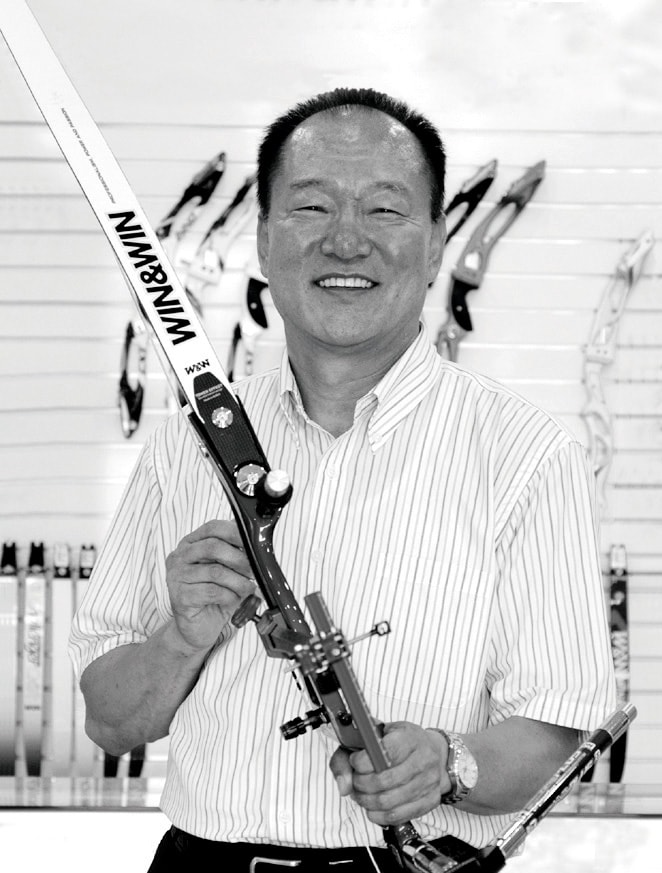 The story of Win&Win Archery is the story of Park Kyung Rae & professional archers who gambled everything to follow his passion.

In 1993 WIN&WIN Co. was established by Mr. Park Kyung Rae and the people who used to be in national archery team. Prior to that, the Korean Archery National Team was seated among the middle world archery ranks in the early 1980s. Mr. Park worked to bring the Korean Archery Team to where it is today; the best archery program in the world. He led Korea to success with their first gold medal at the World Championships in 1985 and with the gold medals at the Olympic in 1988 and at the World Championships in 1991.

Based on its expertise in archery, WIN&WIN has devoted its passion and efforts to making the best bows in the world by actively investing in advanced technology. In 2002, Yamaha archery technology and equipment were introduced to further enhance its technology and know-how. Thus, WIN&WIN has become the top brand in the world as a majority of the athletes from the Olympics and the World Championships are using the WIAWIS Bow from Win-Win. At the Rio Olympic Games in 2016, WIAWIS Bow has achieved a gold medal in all categories.

With its proven advanced technology and know-how, we successfully developed a sports bike in 2014, and it has been recognized for its remarkable performance in international competitions such as MTB, BMX and track race in spite of the relatively short period of time in the marke

WIAWIS stands for “Winning Action, Winning Spirit” and refers to “the action and spirit of victory”. It represents the unwavering action and spirit for victory. As a name well suited to the philosophy of WIN&WIN, WIAWIS products are high-end archery bows and carbon bikes and they are our representative products of WIN&WIN.

The manufacturer of the world's best bows is transferring its know-how to a new field. As the leading brand in archery, WIAWIS is expanding its range of high precision sport products by building bicycles.

Utilizing the world class archery technology, WIN&WIN is now manufacturing competitive carbon bikes for MTB, Road, and BMX. Despite the relatively short period of time in the competitive market the WIAWIS bikes have proven strong success on the world stage utilizing the Win & Win carbon technology and superior craftsmanship. The story of WIAWIS bows and bikes which represent the spirit of WIN&WIN is confident to continue the successful story.

DESIGN, DEVELOPMENT AND PRODUCTION. ALL OF THESE PROCESSES ARE CONTROLLED BY WIN&WIN

All products of WIAWIS are developed by the world’s no.1 archery company WIN&WIN which is located in South Korea. WIN&WIN’s technicians go through the process of development and test in Korean headquarters. High-end products applying nano carbon technology are manufactured in Korea.

WIAWIS did not hesitate to invest in advanced technology. We have accumulated a wide range of technology and know-how to make good products ranging from forging and heat treatment to aluminum technology, carbon prepreg manufacturing, and nanotechnology. We also hold 80 patents in Korea and Abroad.

THE DIFFERENCE OF NANO CARBON AND MATERIAL

WIAWIS bikes are made in WIN&WIN’s hi-tech production facilities. All of the development, production and quality control processes are supervised strictly by WIN&WIN’s technicians to ensure the best quality. We also test our products regularly during the development and manufacturing process to constantly improve the quality and reliability.

WIAWIS frames go through strict tests and these tests are set to exceed standard requirements. Our products passed all the severe tests and guarantee reliable quality, performance and safety.

· Began exporting to all over the world

· Professional bike park for all types of bike enthusiasts ·

WIAWIS Gi-Heung Park is approximately 8,700 square meters of exclusive bicycle park located in Giheung-gu in Yongin city. You can meet PELOTON which is in the specialized fitting center and KOREA BIKE SCHOOL where we are proud to offer the best group of instructors. As part of the facility there are also pumping tracks and a bicycle way for MTB and BMX. The park has also been created for exhibitions. Keep your eye out for WIAWIS!. When you visit the park, you are able to enjoy the variety of facilities but also make use of the full course. 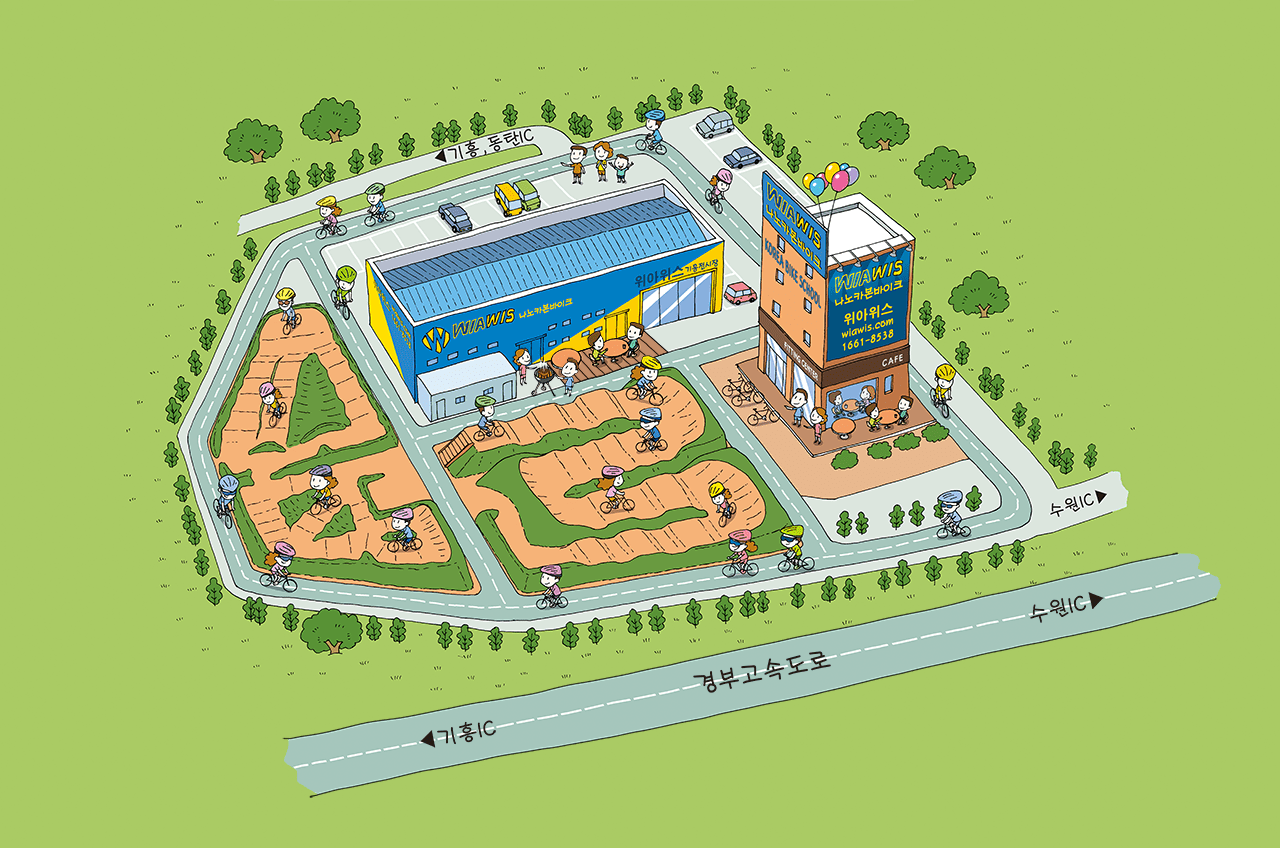 ① Pumping track for the traditional technic (TEL : 1661-8538)
② PELOTON Fitting center for the best technology and know-how (TEL : 010-7593-6666)
③ You can learn with the best group of instructors in the Korea Bike School (TEL : 070-7802-5252)
④ There are a variety of bike routes in the park
⑤ An exhibition center and the distribution center for WIAWIS
⑥ A rest area for riders